The mythical Greek sea monster Scylla battled Charybdis in antiquity and was believed to be one of the causes of the whirlpool that scuttled ships in the Strait of Messina between Italy and Sicily. Much of the trading occurred between Naples on the southwest coast of Italy on the Tyrrhenian Sea and other ports, far and near. The earliest coin of this region is a rare salut d’or struck by a French invader who took the name Carlo I after conquering both Naples and Sicily in the middle of the 13th century. He was succeeded by five centuries of French and Spanish invaders who called themselves kings of Naples. They issued a marvelous assortment of coins before Italy united in the 19th century. 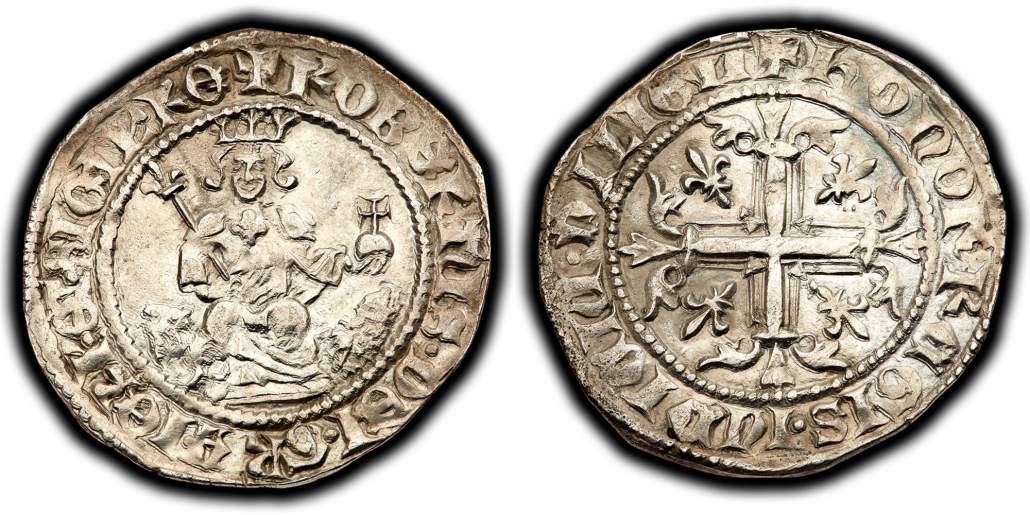 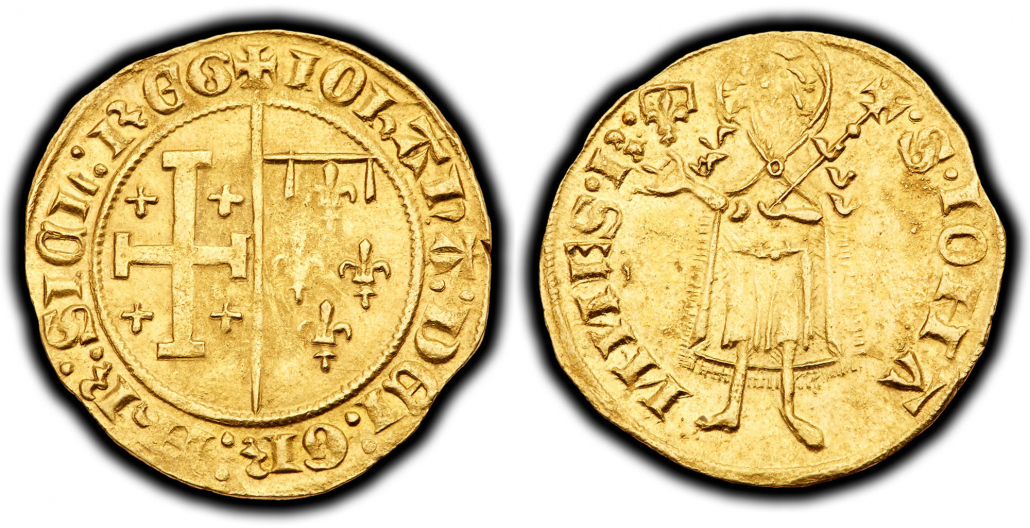 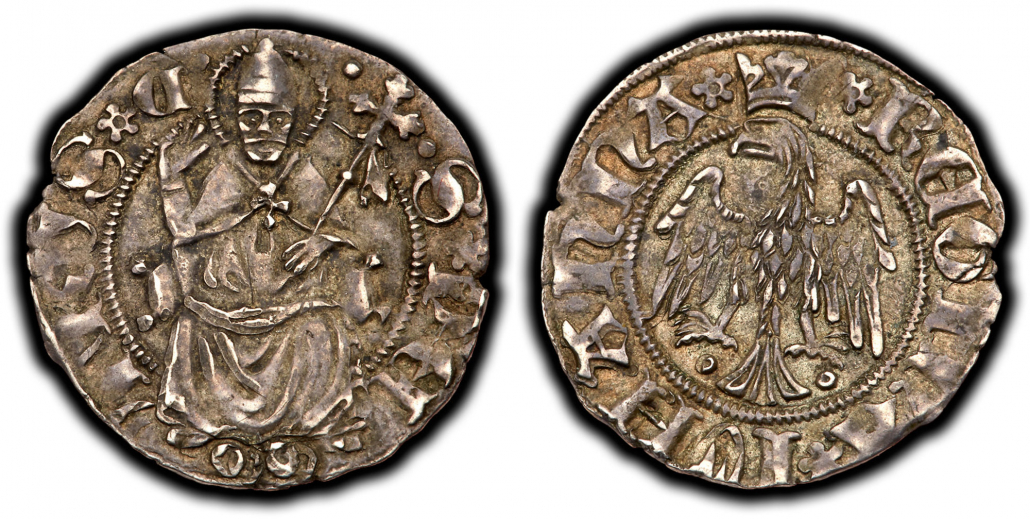 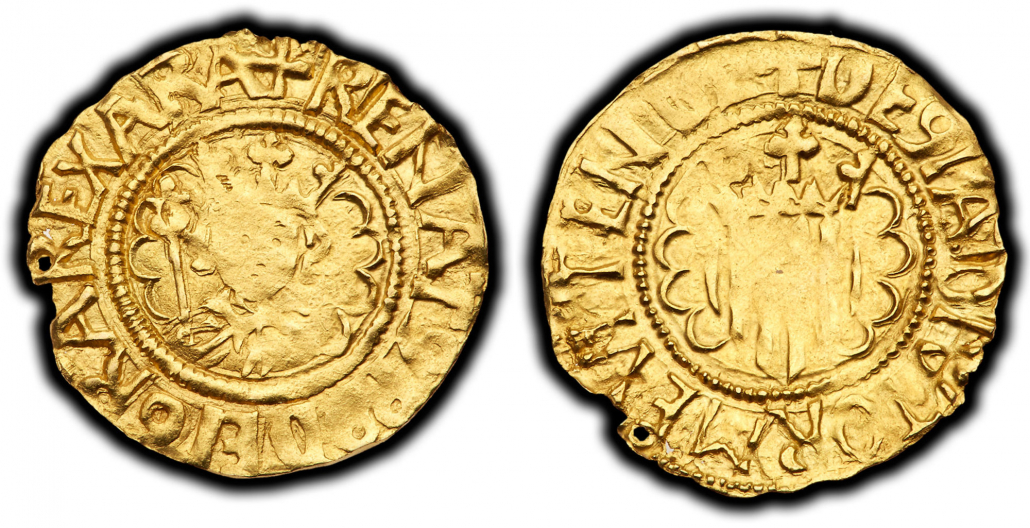 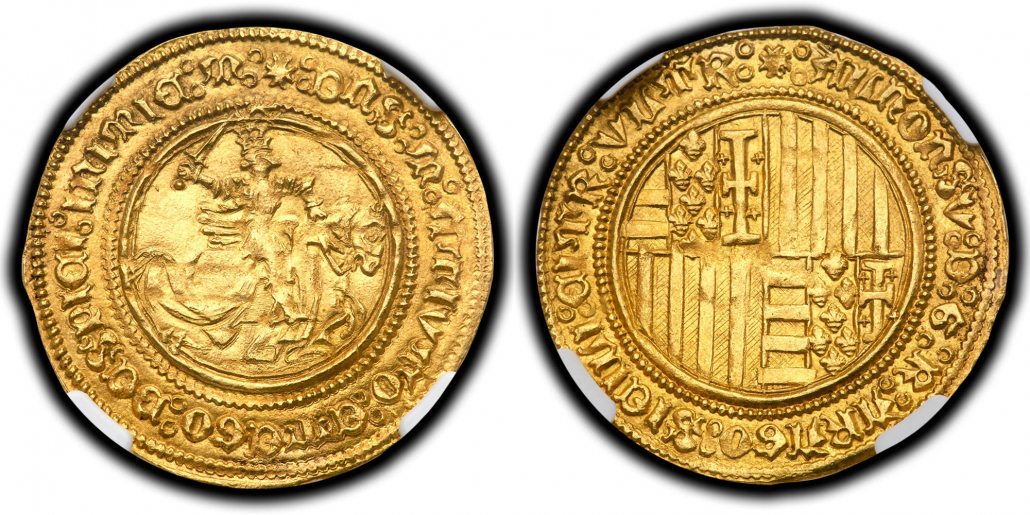 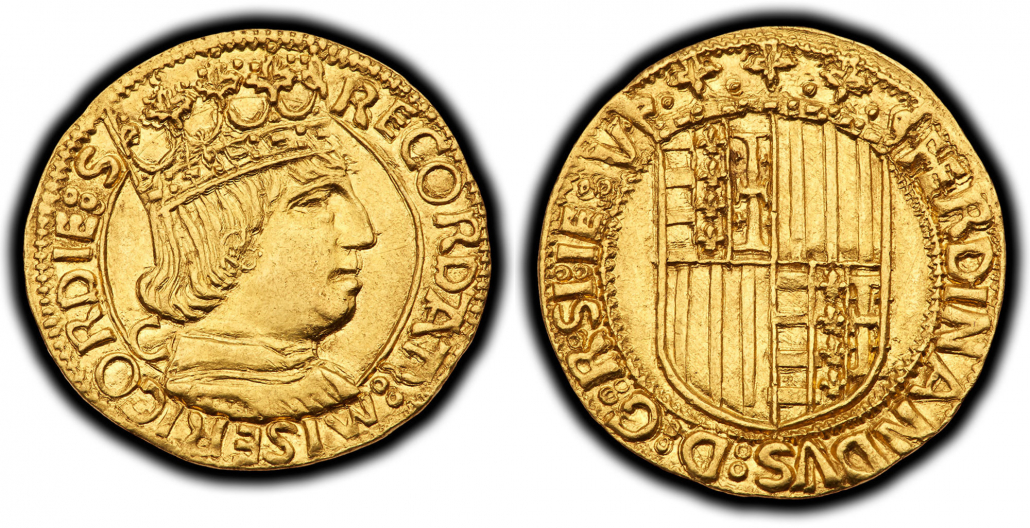 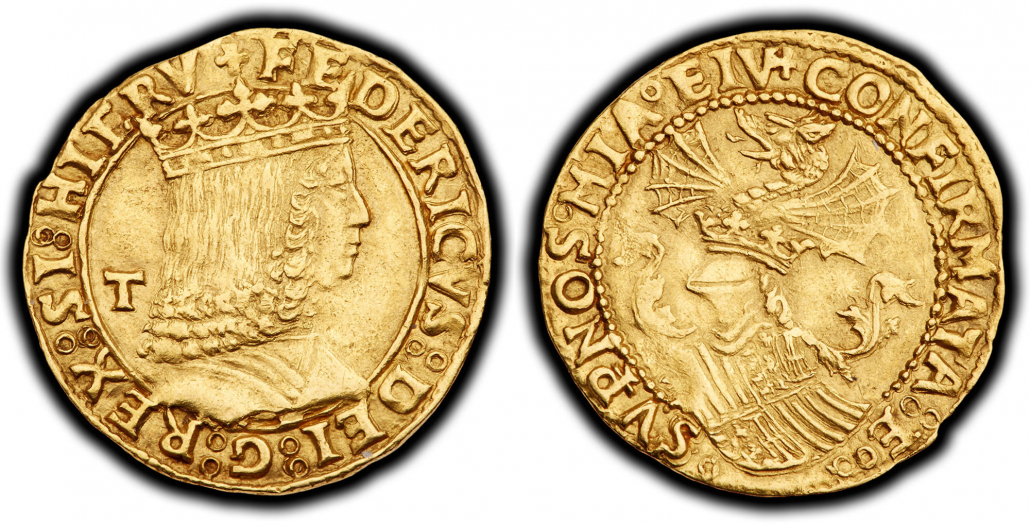 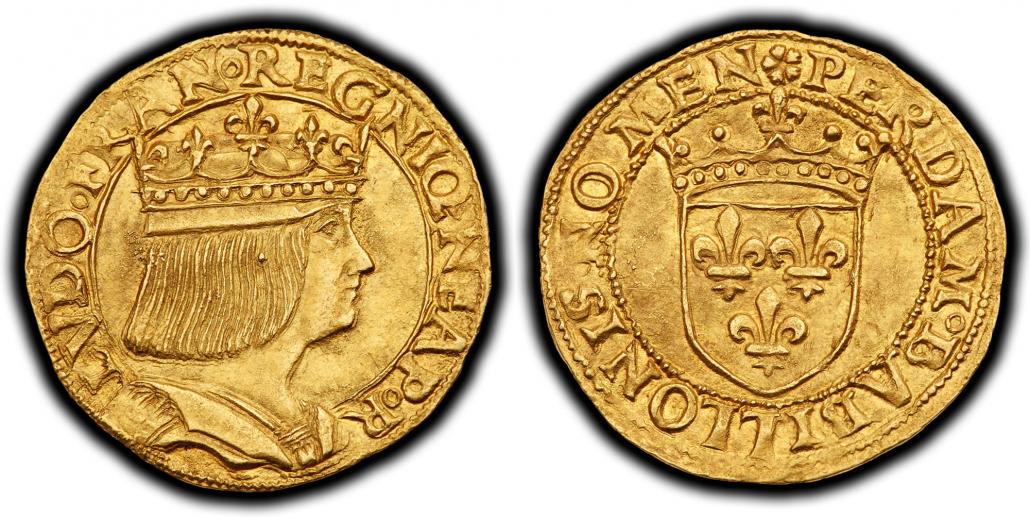 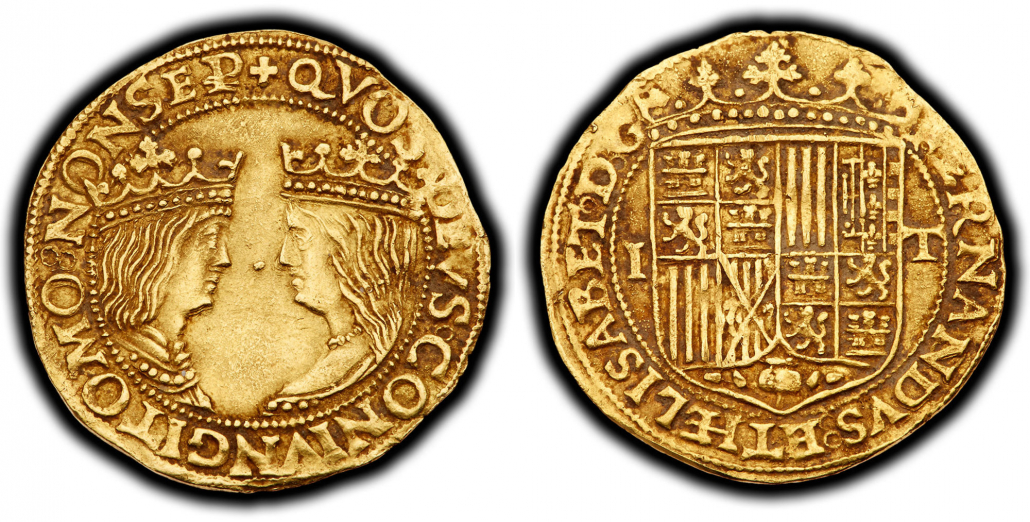 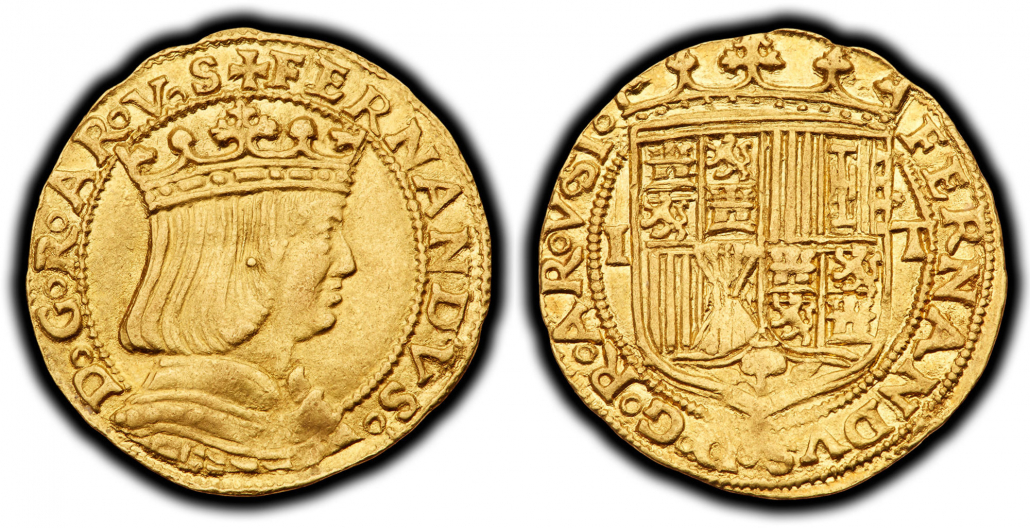 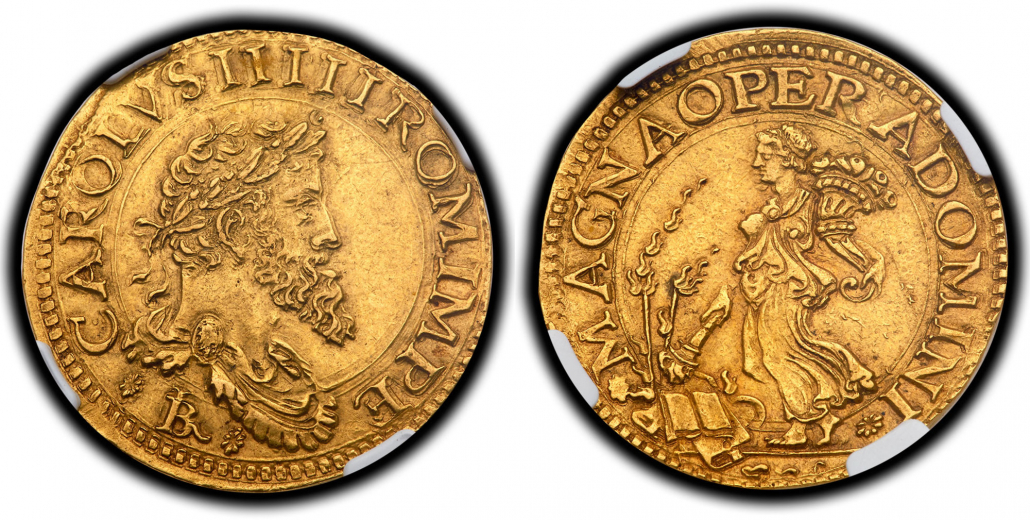 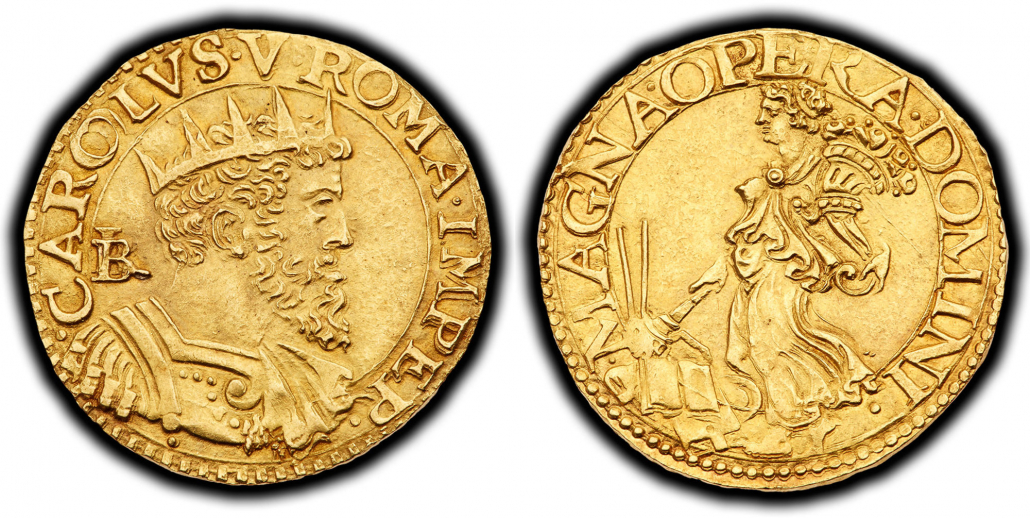 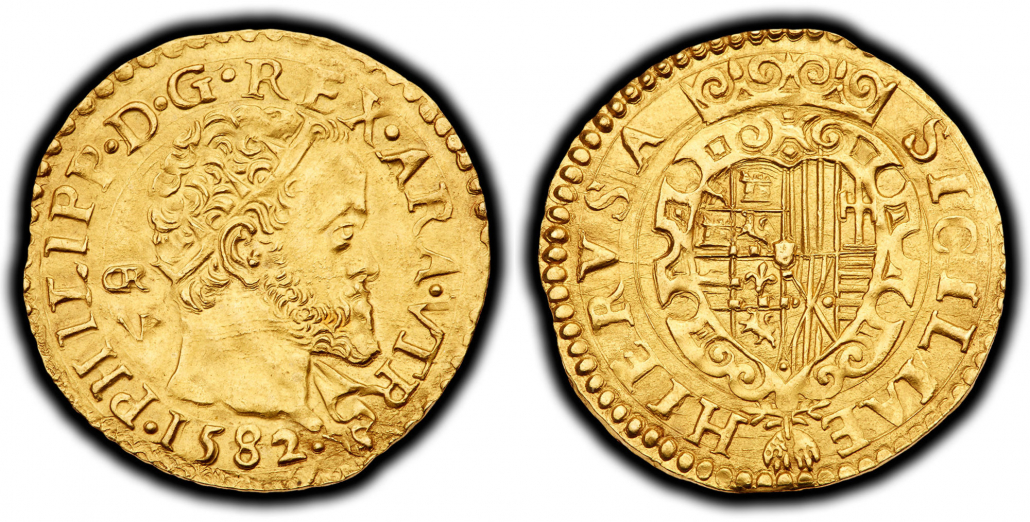 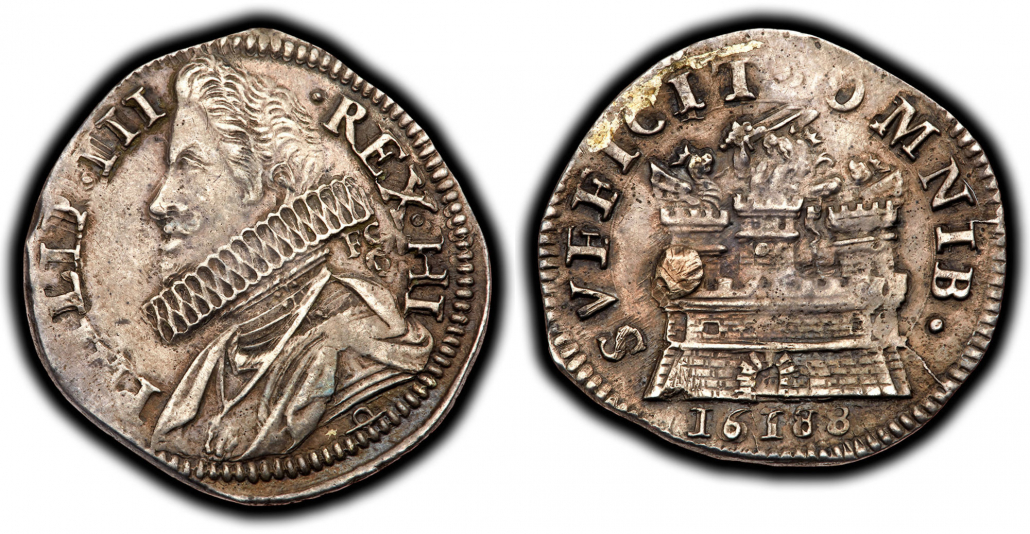 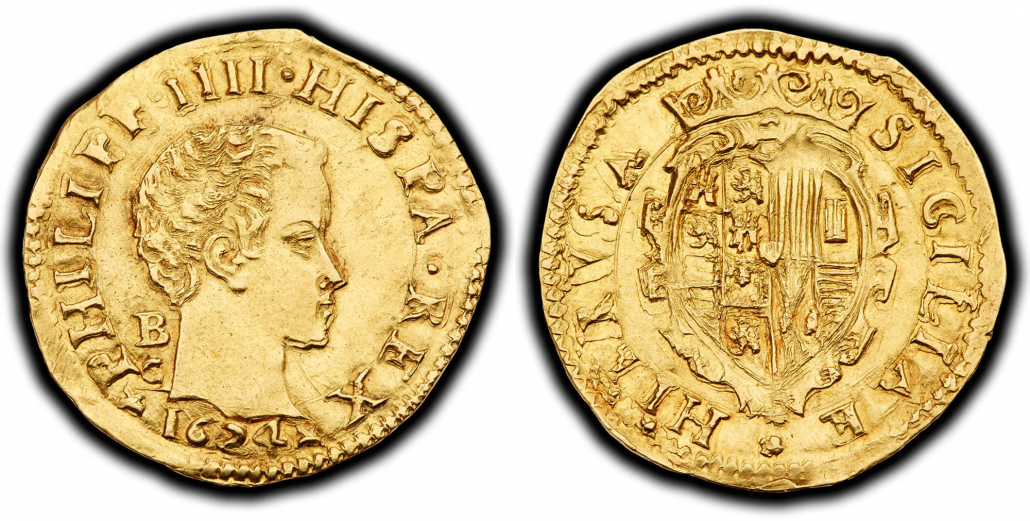 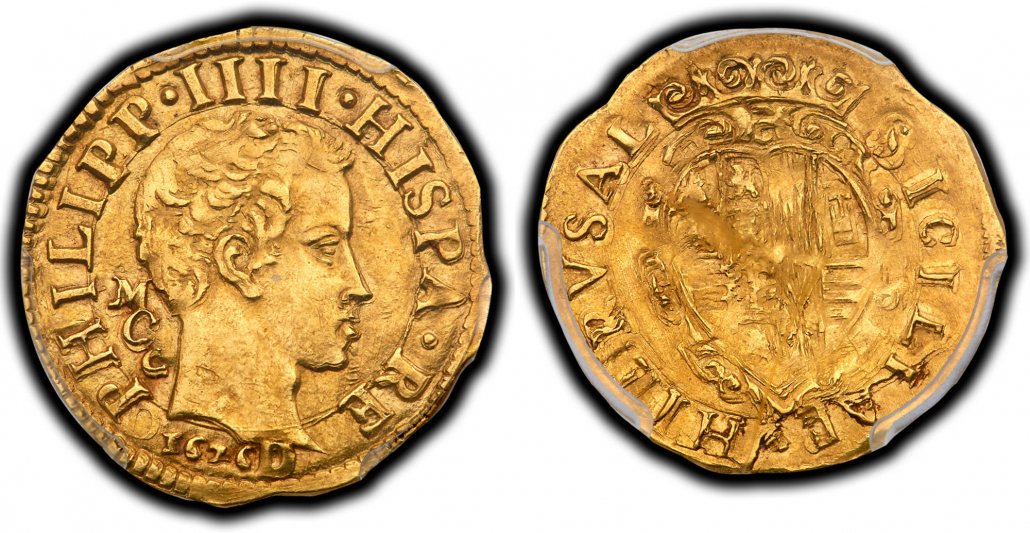 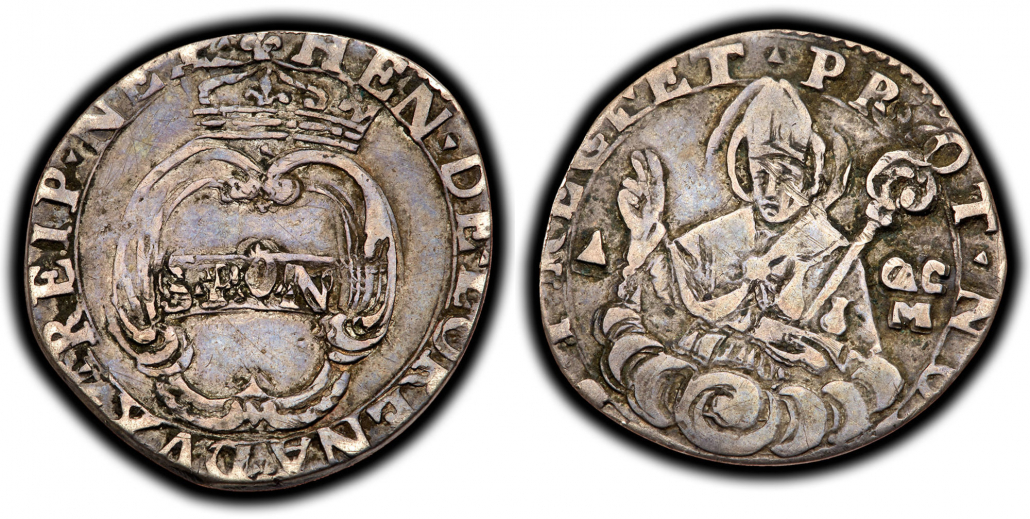 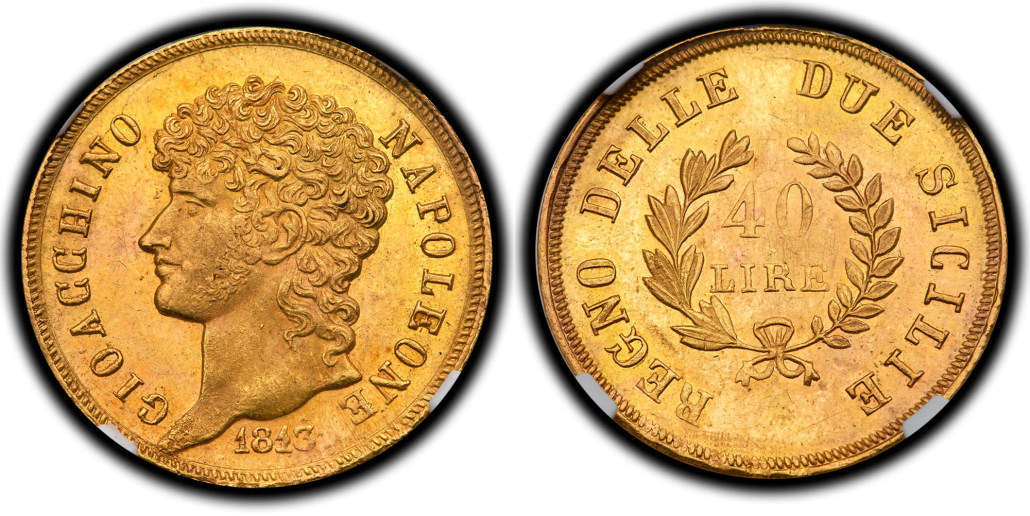 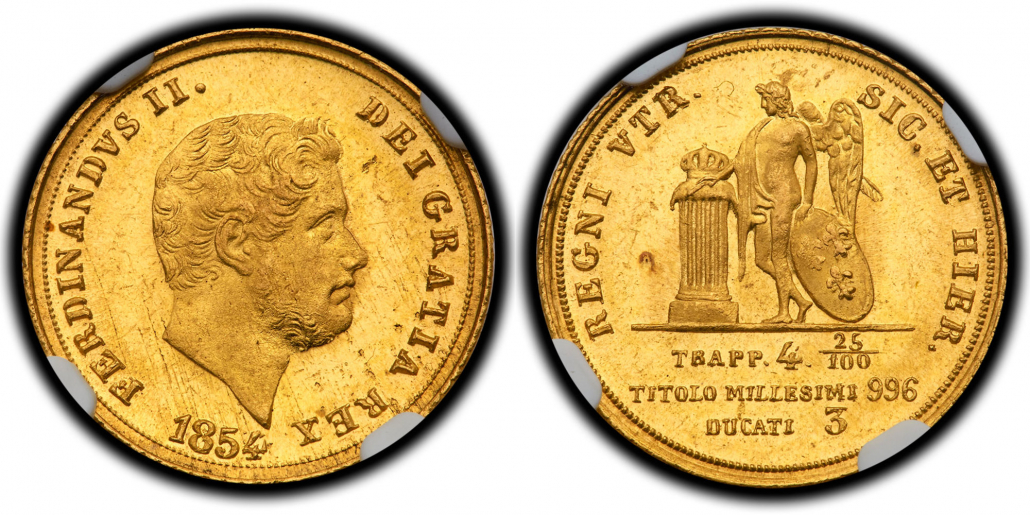 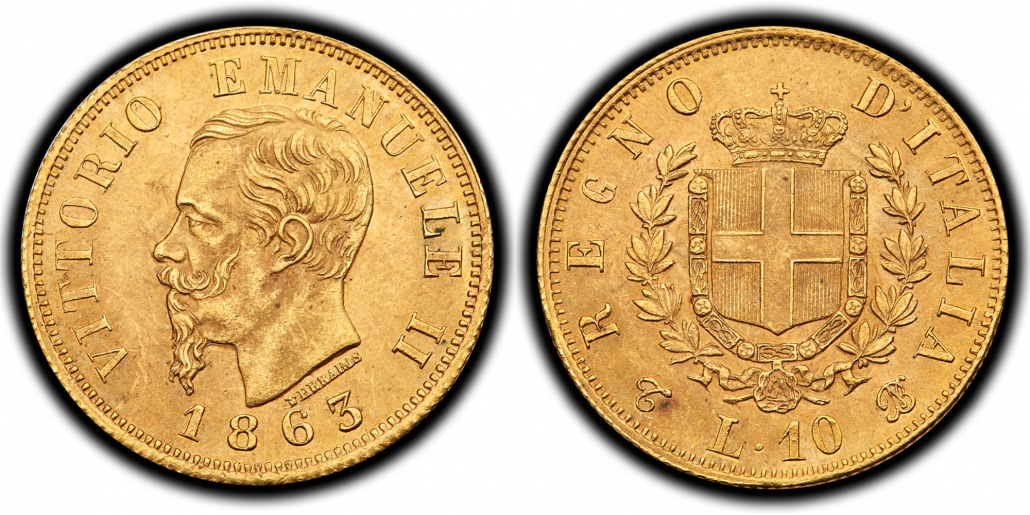